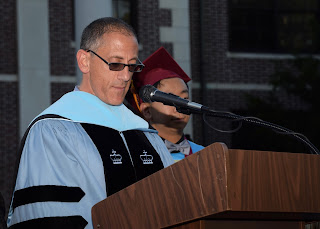 And a key to happiness is not being so serious. Most of us are way too serious. Just loosen up a little and don’t worry about what somebody else has to say or think about you. I know that seems easier said than done, and I promise it is probably going to take time for you to feel confident enough for this to happen. But when you’re ready for it, it will be an amazing feeling- The idea that you can just be you and not take yourself too seriously because you don’t care what other people think about you.

“I am an old man and have known a great many troubles, but most of them never happened” so said Mark Twain.

Stop and reflect- We don’t even realize when our mind is taking control of us with bad thoughts. It’s not until we get wrapped up in something we totally enjoy, like watching a great movie, going to an awesome concert, that we recognize how the negative energy in our head has control of us a lot of the time.

What were to happen if you simply said to yourself after tonight, “Hey- I’m not going to obsess about the past or the future; I’m just going to think a lot about the things around me, the people I’m with and the things I’m doing right now.”

I’m straight-talking about two keys to happiness here. First- Taking life too seriously leads to being a stressed out, scared, angry, boring human being in bad health. Second- Stop obsessing about the past and future because it will only drag you into a dark place out of which it will be hard to climb.

That’s what I have to share tonight. I really care about all of you so my message is coming to you from my heart. Just as much as independence, maturity, and kindness, so do I want you to come back to Highland Park High School to visit in the days ahead filled with happiness. That’s ultimately what I want from you. Don’t be so serious and enjoy life (without hurting anyone in the process).
Posted by Dr. Scott Taylor at 1:01 PM

Dr. Scott Taylor
Scott Taylor is currently Superintendent of K-12 of the Township of Union Public Schools and was previously superintendent for the Highland Park Public School system and the Kenilworth School District. He is an adjunct professor for the Graduate School of Education at Rutgers University and Montclair University and has been recognized as a leader in the cultivation of socially-emotionally rich school culture and has co-developed, along with Maurice Elias and others, the Academy for Social-Emotional Learning in Schools. Scott’s more recent work has had him focused on fostering educational equity and supporting LGBTQ youth with a particular emphasis on aiding students in gender transition. Learn more about Scott Taylor by visiting his website: www.taylorleadership.net, his blog at successfulschools.blogspot.com or his featured articles for Edutopia- edutopia.org/profile/scott-taylor.