It's Okay to let Your Opinion Develop 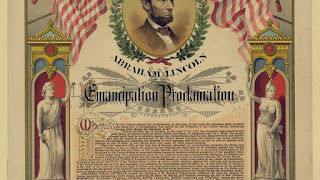 Hard as it may be for many of us to accept, it's a reality that some opinions take time to change. We shouldn't' let insecurity creep in when we alter course and make a decision that wasn't ours to begin with.

Abraham Lincoln showed the world that a momentous resolution can take time to develop and it can be exactly the thing not originally intended. His action to emancipate slaves took years to be determined. Lincoln, as Elizabeth Brown Prior points outs in her book titled Six Encounters With Lincoln (2017), "[He] was forced to evolve his thinking [on emancipation] over time, as facts proved his assumptions wrong and popular clamor made his [initial] policies [on emancipation] obsolete."

Historians have rationalized Lincoln's hesitation to free 19th Century slaves (Brown stakes claim to the idea that Lincoln never latched on to the idea of perfect equality among the races). The more common thread among biographers is that he was a cautious politician who looked upon extreme change as harmful to progress. Regardless of the "why" Lincoln waffled on matters as important as freeing slaves, a modern leader can look to Lincoln's change of heart and take solace knowing some decisions do take time to evolve and they may be contrary to what was first decided.

I am no Lincoln but can certainly relate to the way his mind thought through the bold idea of  emancipation. Like Lincoln, I was compelled to drastically shift my position on a complex matter even though I was introduced to strong opinions to which I was encouraged to prescribe (but rejected) from the outset. I'm referring to the topic of student misbehavior and discipline; it is a discussion into which my school district dove over one year ago from my writing this article. I fostered a conversation about discipline and the use of traditional and punitive responses to behavior problems (detention and suspension among the most common). Some believed a complete rollback of suspensions and a replacement program in their stead was the key to effective behavior change. I thought this idea was too bold (it takes me a while to carry out momentous action as I am more into the gradual and steady approach to promoting change). I also didn't see how doing something so drastic and likely so frowned upon by many would lead to improving the culture change I know is important for the health of the school district.

For a variety of reasons, including the wisdom that comes from experience and time, I am now understanding the opinion first laid out that could have me make the sweeping change I didn't think I would ever embrace- eliminating the use of suspension to punish students who misbehave. Perhaps I need to recognize that the evolution of thought, opinion, and decision-making is a natural and human process that we must fully accept and not perceive as weakness? It would serve me and other leaders well to heed Nietzsche's point that “The snake which cannot cast its skin has to die. As well the minds which are prevented from changing their opinions; they cease to be mind.”

This post is part of my "Leadership Lessons From American Presidents" series.
Posted by Dr. Scott Taylor at 1:54 PM

Dr. Scott Taylor
Scott Taylor is currently Superintendent of K-12 of the Township of Union Public Schools and was previously superintendent for the Highland Park Public School system and the Kenilworth School District. He is an adjunct professor for the Graduate School of Education at Rutgers University and Montclair University and has been recognized as a leader in the cultivation of socially-emotionally rich school culture and has co-developed, along with Maurice Elias and others, the Academy for Social-Emotional Learning in Schools. Scott’s more recent work has had him focused on fostering educational equity and supporting LGBTQ youth with a particular emphasis on aiding students in gender transition. Learn more about Scott Taylor by visiting his website: www.taylorleadership.net, his blog at successfulschools.blogspot.com or his featured articles for Edutopia- edutopia.org/profile/scott-taylor.